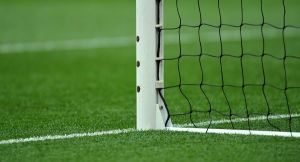 Pallasgreen GAA Club AGM was held last Sunday evening in the Community Centre before a sizeable attendance. Secretary Margo Greene gave a comprehensive report outlining all aspects of the club during 2022. The main highlights were off the field with a successful Dog night and the Golf classic. On the field The intermediate hurlers reaching the county semi-final. She thanked all who supported the club during the year and especially the club sponsors Lee’s Centra.

Treasurer Alan O’Dwyer handed out a healthy balance sheet to the attendance. Chairman DiarmuidO’Dwyer gave a short but precise report saying that all involved in the club must be thanked from the lotto committee, field committee the mentors for all teams from adults to juveniles. He also praised the organisers of the golf classic and the dog night which proved a family and social occasion for all.

Congratulations to our recipients at The East Limerick Gaels Awards last Friday night in the Millennium Centre Caherconlish. Former chairman Mick Lawton was honoured along with Colin Ryan who was awarded the Outstanding Achievement Award for his All Ireland Puc Fada title in 2021. A special posthumous was bestowed on the late Tony McMahon former Chairman of the club.

Commiserations to Brian McCarthy of Cross and Kilburn Gaels (London) who were defeated by Easkey of Sligo by 3-15 to 4-6 in last Sunday in Louth.