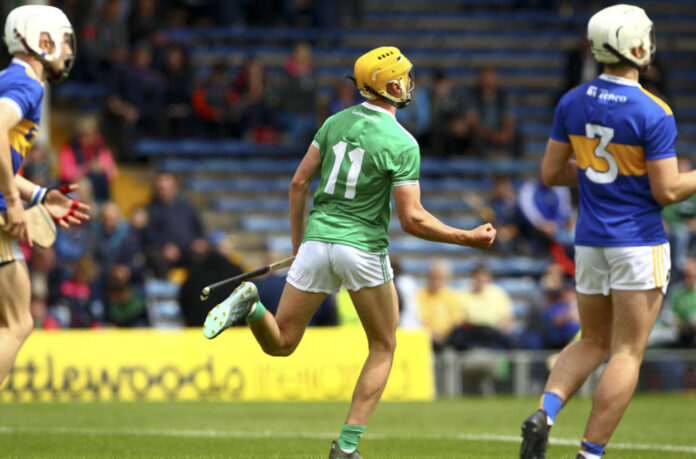 IT is far from certain when we will get to see Limerick back in action but one thing is for sure, they will enter the 2021 campaign as All-Ireland champions as they look to defend their perfect 2020 record.

The growth of the side has been substantial under John Kiely as they have captured a pair of All-Ireland titles, Munster Championships and League titles in the past three years.

While the current crop are already well established, the production line in the county is blossoming with this year’s minor side successfully defending their Munster championship.

Last year, I signalled out five players who looked ready to force their way into John Kiely’s side, with four going on to win All-Ireland honours.

Lets start with the obvious. The Crecora man has been closely monitored since breaking into the scene as a 16-year old with the minors in 2018. While Limerick would lose out in the Munster decider, O’Neill would bag an All Star. He followed that up in 2019 with a second All Star at the grade as he led his side to Munster honours.

Featured for Crecora’s Junior side for the first time in 2020 and showed how ready he is for adult hurling with his five-point performance for the Limerick U20’s in the Munster semi-final loss to Cork in December.

A huge prospect and one John Kiely will have certainly kept tabs on. Probably best served for another couple of years at U20 as he only turns 19 this year. But he has the ability to make an immediate impact should he be called upon.

A colleague of O’Neill during the 2019 Munster minor campaign, Hurley helped his side to retain the title in December of 2020 with a powerful display at centre-back. Hugely physical for a 17-year old, it is some feat to be named at centre-back for successive seasons as a minor, never mind winning both championships.

The senior set up is still a way off for the Newcastle West man but this year will provide him with a chance to feature for his club who will be plying their trade in the Premier Intermediate ranks where he will be tested by the likes of Sean Finn and David Reidy.

It is likely he will make the U20 squad and this will give a further indication as to his quality. Up next however will be an All-Ireland minor semi final with Galway as Limerick look for a first All-Ireland at the grade since 1984.

Another of this year’s U20 crop, Ryan was centre-back on the side that lost out to Cork but is equally adept in the forward lines. He was centre-forward on the 2018 Limerick minor side that reached the Munster final, scoring three goals in the Munster campaign.

Made his breakthrough with Doon in the forwards in 2019 but was back in defence as they reached the Limerick SHC Final in September.

His long range free taking ability is a staple as he has shown numerous times, including three in the county final and as many in the loss to Cork in December. Brother of Jack who captained this years U20 side, Ryan has another year at the grade for 2021 after helping his club side to successive U21 county titles.

The return of Richie English will no doubt help with his progress at club level with some real talent coming up through the ranks in the East club.

While Coughlan made the Limerick contingent stand up and notice after his impressive showings for Ballybrown in this years Senior Championship, there is still room for growth in the towering wing back. He was instrumental in helping Ballybrown defend their minor title in 2020 but Coughlan is already built like a senior.

A powerful wing-back, Coughlan could be compared to Kyle Hayes with his ability to get forward from deep as shown with his impressive scoring in the SHC. His injury that saw him miss out on the quarter-final with Na Piarsaigh was a huge blow to his club who looked blessed to have Coughlan and Aidan O’Connor settle so quickly into adult hurling.

Again, he could be better served to finish out his time with the county U20’s. However, he could be fast tracked into the senior set up where his potential is frightening, as is O’Connor’s. The future certainly looks bright in Ballybrown.

The newest darling of Limerick hurling, Adam English is the captain of the current Limerick Minor side that are preparing for an All-Ireland semi-final after successfully defending their Munster crown. English was instrumental in the semi-final with 2-3 from play before adding 0-5 in the final.

An excellent ball winner, English is an out and out scorer notching 1-8 in last years minor Munster campaign as a 16-year old. He would also grab the insurance score as Doon captured the Limerick U21 title in August.

The sky is the limit for English who is yet to feature for Doon in an adult game. Like Hurley, 2021 will offer a glimpse into how he adapts to life in the adult ranks but there is no reason why he will not adjust his game accordingly.

U20 Intercounty action also beckons for English who looks set for a huge year.