Kerry too powerful for Limerick in Munster U20 Football Championship

Kerry too powerful for Limerick in Munster U20 Football Championship 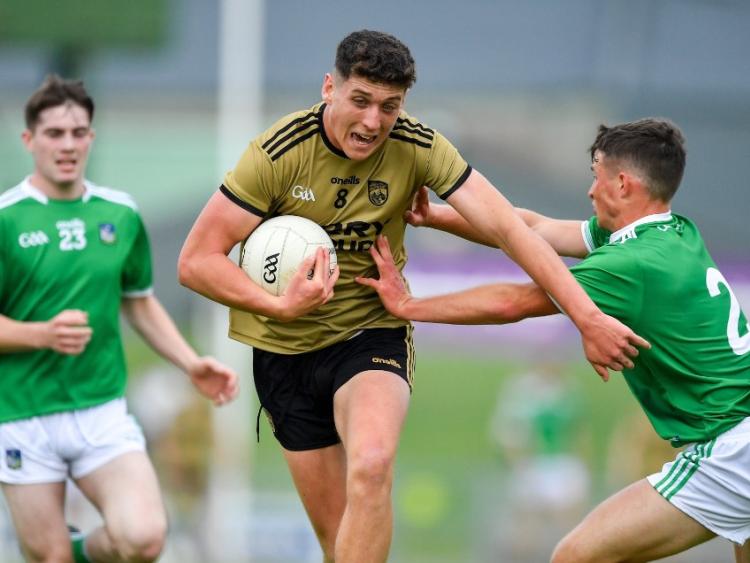 DEFEAT for Limerick in the semi final of the Munster U20 Football Championship this Thursday evening.

In Austin Stack Park in Tralee it finished Limerick 1-3, Kerry 0-18.

Limerick scored just twice in either half as Kerry earned a 12-point win to reach the Munster final.

Donal O’Sullivan was the Kerry star with seven points from play.

Limerick had beaten Tipperary in the quarter final and that stood to Jerry O’Sullivan’s side who battled throughout.

Limerick were aided by a diagonal breeze in the opening 30-minutes and kept their shape well to break forward on occasions.

Alas, Limerick got a return of just two scores in the half – in the seventh and 16th minutes.

Kerry had three points scored before Limerick opened their account through a fine James Molyneaux point to leave it 0-3 to 0-1.

Sean Horan and Joseph O’Connor went close to Kerry goals in the opening 10-minutes but another run of scores eased them into a 0-6 to 0-1 lead with 13-minutes played.

A fine long range free off the ground from Jack Downey stemmed The Kingdom scoring sequence but it was merely a temporary reprieve.

The home side were to carry an eight point lead into the interval dressing room when Fiachra Clifford and Donal O’Sullivan added points to bring them into double digits by the break.

The lead was out to nine points shortly after the restart with a fifth point from play for O’Sullivan.

Then Limerick hit back.

Firstly, John Hayes landed a point free to end over 20-minutes without a Limerick score.

Then came the goal – a Hayes free dropped into the goalmouth and James Molyneaux got a fist to the ball to direct it back across the goal and into the net.

That left it Limerick 1-3, Kerry 0-11 with six minutes played in the second half.

Kerry did reply with two points but as the rain came down in Tralee they went in search of a goal only for Cian Walsh to deny Cian Gammell with a save at the mid-point of the half.

With both sides making numerous substitutions the scores dried up but Kerry were soon back into a nine point lead and stretched it even further.