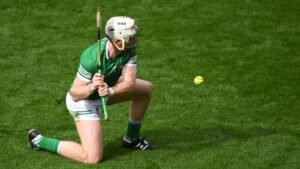 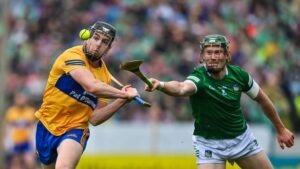 There was no shortage of memorable moments in a 2022 hurling season that packed a lot of drama into a condensed time-frame.

TJ Reid has produced countless moments of heroism for both club and county, but even by his lofty standards the goal he scored to claim victory for Ballyhale Shamrocks over St. Thomas in the AIB All-Ireland Club SHC semi-final in January was something special. Four minutes into injury-time he stood over a free 20 yards out and to the right of the goal-posts and somehow blasted it through a thick knot of St. Thomas’ defenders to the back of the net.

Ruddle’s winning goal for Ballygunner in the AIB All-Ireland Club SHC Final against Ballyhale Shamrocks was hugely dramatic. The Waterford club trailed by two points in the third and final minute of injury-time when Ruddle picked up the ball in the middle of the pitch and soloed to within 25 yards of the goal before sending a cracking drive to the bottom left-hand corner of the net.

Leading by three points with just two minutes to go, Damien Reck’s spectacular goal-line save from a TJ Reid shot was a crucial moment in Wexford’s Leinster SHC victory over Kilkenny at Nowlan Park. He dived full-length to stop Reid’s ground-strike and then was cool enough to rise the ball into his hand while he still lay on the ground before winning a free-out.

Cian Lynch produced a brilliant moment of wristy hurling in the second half of Limerick’s Munster SHC victory over Cork when he was felled by a Ciaran Joyce tackle but still somehow managed to strike the ball over the bar while in a kneeling position on the ground.

Tony Kelly’s point that put Clare 0-5 to 0-4 ahead against Limerick in the Munster SHC Final was spectacular. He displayed great work ethic to chase down and hook Gearoid Hegarty and then galloped forward with the ball and side-stepped Diarmaid Byrne before striking a beauty of a shot between the posts from off his hurley while soloing at full pace.

Gearoid Hegarty’s goal in the Munster SHC Final against Clare was a thing of beauty. Running onto a pass from Tom Morrissey he controlled the ball on his hurley and then flicked it over the head of Clare defender Diarmuid Ryan before catching it and driving it to the back of the net.

With the three minutes of injury time up in the Munster SHC Final Clare trailed by a point. Enter Tony Kelly who brought the game to extra-time by brilliantly converting a sideline cut from what seemed an impossibly tight angle.

Brian Concannon’s goal for Galway against Limerick in the All-Ireland SHC Final was a cracking score. He rose high to catch the ball above Mike Casey and in the same movement swivelled onto his left side and lashed a rocket of a shot to the roof of the net.

Tipperary won the All-Ireland Minor Hurling Final in dramatic fashion when Paddy McCormack scored a goal deep in injury-time to break Offaly hearts. It was a really well-worked score too as he rose high to double Paddy Phelan’s perfectly weighted free to the back of the net.

Gearóid Hegarty of Limerick celebrates after scoring his side’s first goal during the GAA Hurling All-Ireland Senior Championship Final match between Kilkenny and Limerick at Croke Park in Dublin.

Hegarty’s goal in the fourth minute of the All-Ireland SHC Final was spectacular. He showed great skill first of all to flick the ball into his hand while running at full pace and then drove a thunderbolt of a shot to the top corner of Eoin Murphy’s net.