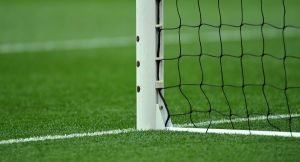 Limerick GAA Club Tickets:
Limerick County GAA Board launched their 2023 club season tickets recently. The tickets will entitle the bearer to entry to all Limerick County Board games in 2023, from Minor to senior levels. The cost is €150 plus postage. Order your ticket now at limerick.ie/shop/limerick-gaa-season-tickets-2023/.

County GAA Club Draw:
Granagh Ballingarry GAA Club are once more promoting the Limerick County Club Draw for 2023. There will be monthly draws from March to December with a top prize of €10,000. There are a host of other prizes to be won, 2nd €3,000, 3rd €2,000, 4th €1,000, 5th exclusive star prize,6th to 9th €500, 10th to 13th €250, 14th to 20th €100. There will again be exclusive monthly prizes to be won. Entry to the draw is just €10 per month or €100 for the ten draws with the option to join our own ten monthly draws and county club draw for €150. If you would like to renew your membership for 2023, please follow the link limerickgaa.ie/clublimerick-draw-signup-. And select Granagh Ballingarry GAA Club and the number of draws you wish to sign up for, you may also contact the Granagh Ballingarry GAA Club draw co-ordinator Stephen Stapleton on 086-1960301. Note: the first draw for 2023 is Saturday 25th March.

First Meeting of 2023:
Granagh Ballingarry GAA Club will hold their first Special General Meeting of 2023 in the Clubhouse, Ballingarry on Thursday 19th January at 8.30pm sharp. All club members particularly team managers and players are asked to attend. This is an important meeting as a lot of business will be dealt with on the night to help with the running of the club for 2023.

Mullingar Town Trophy (1934):
The Mullingar Town Trophy is distinctly original in it’s form as a GAA trophy and was first played for in 1935 in a football competition featuring the top for team in the country at the time: Mayo, Dublin, Kildare and Tipperary. It was commissioned by the traders of Mullingar the year before to commemorate the GAA’s golden jubilee and presented to the Westmeath County GAA Board. In making the presentation, the Mullingar traders did so on behalf of the people of Mullingar as a token of esteem an to co-operate in the good work the GAA in Westmeath were doing. The trophy was designed and created by Percy Oswald Reeves (1870-1969) a teacher at the Dublin Metropolitan School of Art and a highly skilled craftsman. Conceived as a symbolic “Tower of Strength”. It is rectangular figured four sided trophy in copper and enamelled in worn scarlet, turquoise, yellow, black and white, one of the panels shows hurls and footballs, another depicts a hooded athletic and naked male representing Cu Chulainn, heroically posed with a handball above two charging horses heads which a set with gold and silver bridles. A third panel has an engraved inscription stating the occasion and origin of the trophy. The trophy is set on a pedestal of Kilkenny marble and around the base are the arms of the four provinces. Upon presenting the trophy the stipulations were that the trophy could not be won outright and all matches must be played in Cusack Park Mullingar. It was later decided that it would be on intercounty trophy which would help drop off the debt from Cusack Park, Mullingar and bring prosperity to the town. It eventually became a tournament between Westmeath clubs and was played on an irregular basis with the trophy last played in 1992.
Results:
McGrath Cup Senior Football Group A Round 1
Cork 5-11 Kerry 0-14
McGrath Cup Senior Football Group B Round 1
Limerick beat Waterford
McGrath Cup Senior Football Group A Round 2
Kerry 0-14 Clare 0-13
McGrath Cup Senior Football Group B Round 2
Tipperary 2-14 Waterford 0-7
Munster Senior Hurling League Group A Round 1
Waterford 0-21 Tipperary 1-15
Munster Senior Hurling League Group B Round 1
Cork 3-20 Kerry 2-17
Munster Senior Hurling League Group A Round 2
Tipperary 2-22 Clare 0-20
All Ireland Senior Club Football Championship Semi Finals
Kilmacud Crokes (Dublin) 1-14 Kerins O’Rahillys (Kerry) 0-14 Glen (Derry) 1-11 Maigh Cuilinn (Galway) 0-1
All Ireland Intermediate Club Football Championship Semi Finals
Rathmore (Kerry) 2-16 St. Megue Fetherd (Wexford) 1-10 Gaibally Pearsey (Tyrone) 4-4 Dunmore-MacHales (Galway) 1-9
All Ireland Junior Club Football Championship Semi Finals
Fossa (Kerry) 3-14 Castletown (Meath) 0-11 Stewartstown Harps (Tyrone) 1-13 Clifden (Galway) 1-9 (AET).

Limerick GAA 2022 Yearbook:
A full review of all Granagh Ballingarry GAA Club activities both on and off the field plus photos in 2022 will be included in the Limerick County GAA Yearbook due to be launched in early February. The book would make an ideal present for a family member or friend.

Membership Due:
Granagh Ballingarry GAA Club membership fees for 2023 are now due and are €40 for adult players (€120 with Club draw) €20 for students and non-players who pay €100 club draw fee in full will automatically be members for 2023. Fees should be paid on or before 31st March to club registrar John Carroll or any club official. To train or play for the club you have to be insured. If you are not we ask you to do so. It is generally felt by club officials that any members or players should feel obliged to get their membership paid asap and we must reiterate that people who have not paid will not be covered by insurance or entitled to any privilege whatsoever from our club.

All Ireland Club Intermediate Hurling Championship Final:
The best of luck to Limerick City side Monaleen in their bid to bring the first ever All Ireland club Intermediate Hurling Championship title to Shannonside when they play Tuairin Mayo on this Saturday 14th January in Croke Park at 7pm. Your support for the Monaleen boys would be appreciated.