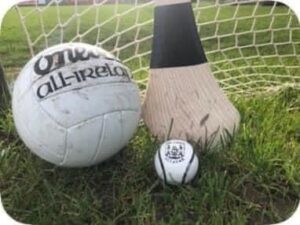 Dromcollogher/ Broadford GAA Club Lotto Draw:
The following are the Results of the Lotto Draw that took place on the 27-12-22, and the numbers were: 3,7,15, 26 There was no winner of Jackpot at €9,900, and there was two winners of Match three at €100 and they each got €50 and they were: Séan Moloney and Pat and Breda Noonan, Dromcollogher and the ten lucky dips winners were of €50 and they were: The Buckley Family, Tullylease, Adam Noonan, Dromcollogher, Eileen Collins, P.J. Hartnett, Dromcollogher, Christy Fitzgerald, Dromcollogher, Matthew Shine, Milford, Theresa O’Connor, Aoife Noonan, Milford, Bernie Madigan, Dromcollogher, Kathleen Costello, North Road, Dromcollogher and the next draw will took place on Tuesday night 03-01-2023, in the GAA Field, Dromcollogher and the Jackpot went up to to €9,900 and the Match Three will be stayed at €100.
Lotto tickets are available in local shops in the area where the boxes are provided and available for sale in the local square on Friday and Saturday mornings from 9am to 1pm or online by following the link below: https://play.clubforce.com/play_newa.asp?ll_id=2076&fbclid=IwAR3KJ9x58dsVg7yQZbzTaodJ0KAYP7aGTPmLEfXxzrKOnzFYmH7FrHLZRSY#Anchor.

Fixtures:
McGrath Cup Group B Round 1 Limerick VS Waterford, on tonight Wednesday January 4th, in Mick Neville Park, Rathkeale, at 7pm and the best of luck to the management team of Limerick Senior Footballers and especially to our club players Cillian Fahy and Jack Ryan.