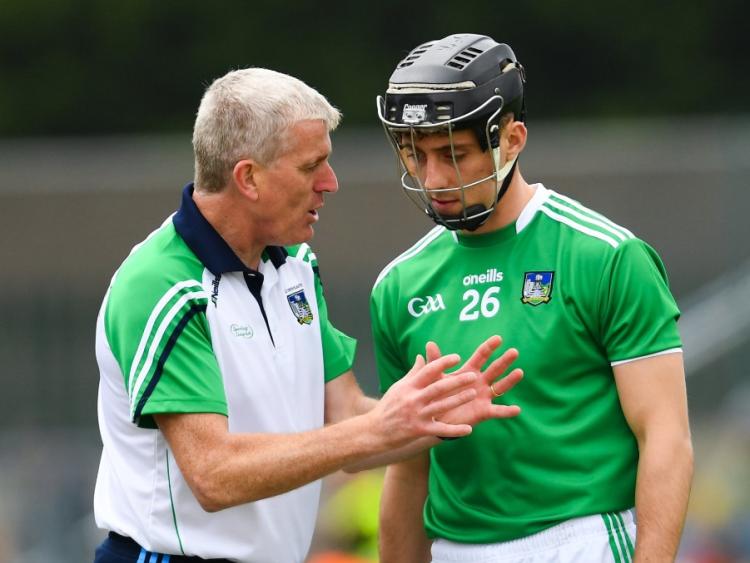 THE Limerick senior hurlers will have to plan without injured Pat Ryan for the forthcoming Allianz Hurling League campaign.

The Doon man has undergone a shoulder operation that will keep the corner forward sidelined for at least the next three months.

Ryan has won All-Ireland and Munster Championship medals, as well as a league title under manager John Kiely over the last two years.

Last July Ryan was introduced as a substitute during the Croke Park All-Ireland SHC semi final loss to Kilkenny.

Ryan will now most likely target a return to full fitness during the Limerick SHC with his club Doon and then hope to force his way back into county contention when the Munster SHC commences on May 10 in Cork.

Given the Ryan injury, there was a timely scoring return to the inter-county scene for Adrian Breen in Limerick’s opening game of the Co-Op Superstores Munster Hurling League on Friday night.

Na Piarsaigh’s Breen scored 1-5 from play in the 2-22 to 1-17 win. It was a first appearance in green for Breen since the 2015 All-Ireland SHC Qualifier win over Westmeath.

“Adrian was in with us at the start of the year last year and came in with a niggly shoulder injury and aggravated it when he was in with us and eventually had to pull out and go away and get an operation on it. He is fully recovered now and played club matches with Na Piarsaigh towards the end of the county championship. He has worked really hard and he knows there is more work to do with other aspects of his game that he needs to add and no better man than him to knuckle down and add those aspects,” outlined Limerick manager John Kiely.

“He is a good forward but there is so much more to the game than getting them scores,” he said.

Limerick’s first game in 2020 will be a Sunday January 5 trip to Sixmilebridge to play Brian Lohan’s Clare with a win or draw securing a Co-Op Superstores Munster Hurling League final spot for John Kiely’s side.