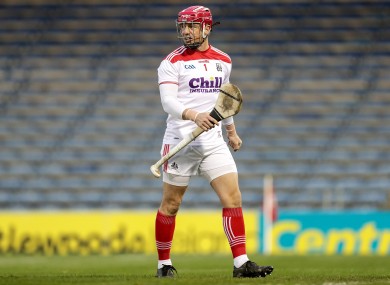 ANTHONY NASH IS set to line out with Limerick senior hurling side South Liberties in 2021.

The42 understands that all the paperwork has been submitted for his transfer from Kanturk to the Limerick outfit. Croke Park is expected to officially sanction the former Cork goalkeeper’s switch by the middle of next week.

Speaking with the Irish Examiner last week, Nash confirmed would not be playing with Kanturk in 2021.

“My time is going to be used differently,” he said. “I’ve told Kanturk I won’t be playing for them either this year, so it’s going to be tough.”

It’s understood that Nash is also expected to get involved in a coaching capacity with his new club.

He has taken coaching sessions with underage goalkeepers in South Liberties in the past and is believed to be keen to gain more coaching experience, as well as continuing to play.

The fourth-time Munster SHC champion has strong links to the South Liberties club.

Both his parents hail from the parish, where he was born and christened before the family moved to Cork when he was a youngster.

His cousin Barry Nash, who was corner-back on the Limerick side that lifted the Liam MacCarthy Cup last month, is a key member of the current South Liberties team.